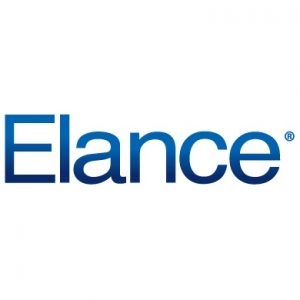 Like many other internet marketers, I like stuff done right. Nobody else can see inside my head, so I have always been guilty of trying to do everything myself.
Copy writing, accounts, SEO, design, I’ve spent countless hours beavering away, sometimes quite inefficiently building links or designing logos. After a while I realised that I was limited by the amount of hours in a day. It’s simply impossible to grow a business all by yourself. You simply must learn to delegate. You need to outsource.

Around 10 years ago I discovered Elance. There are loads of other freelancer sites, but Elance is the site which I started with and stuck with ever since.

In theory, you post your job on the Elance site, choose from the flurry of proposals from eager workers, then watch as your work magically gets done for you. For a charge, obviously.

Unfortunately, it isn’t always like this. In fact, unless your worker is carefully screened, your project accurately specified and meticulously project managed, you will probably end in a frustrated argument and no decent website or design out of it at the other end.

Here are my helpful hints of how to get projects done on Elance, the right way.

Make sure to be as detailed as possible when writing the description of your project.
List all of the tasks you require them to take and what you expect at the end of it.
30 minutes spent here can literally make the difference between finding the right candidates or useless candidates.

Make sure you specify ALL of the required skills. If you’re having a website built and you hire a PHP developer, don’t expect him to know any jQuery, unless you specify it.

In my experience, projects posted to Elance typically receive around 5-20 proposals.
Use the 1-5 rating system to your advantage to score the workers. Once all are rated, it makes it much easier to pick the best.

Start by going through and hiding all of the proposals which look generic and don’t look right for your needs. Many workers won’t have the relevant skills or experience. Personally, I only accept workers who have a decent amount of earnings and 4+ stars. I also remove workers who don’t provide examples of past work. Often, a lot of designers for example, churn out some awful low quality designs. You have been warned!
You can afford to be picky here. If they aren’t perfect for the job, ditch them.
Instead of rejecting proposals, I normally just hide them. This makes it possible to change your mind later if it doesn’t work out with your chosen worker.
I almost never choose the cheapest bid. If a bid looks too low to be true, it probably is. There are some very low quality workers out there, particularly in eastern countries. If you want something done right, expect to pay a fair price for a decent worker with strong skills and plenty of experience.
If you are hiring from a western country such as the USA or UK, expect to pay a little more. When hiring article writers, I would ONLY hire native English speakers, otherwise you will get low quality content. If possible, get your worker on the phone, just to check all is well. I recently hired a worker from the USA to write articles, only to discover that he was connecting via a US VPN as a proxy server from India! The higher rates for Western countries likely lured this worker to commit fraud. Be aware.

Before work commences, I always upload an NDA and basic contract. You can download templates of these documents from the net and alter them to your requirements. This just gives you an extra bit of protection.
I make it clear to the worker that by accepting the project, they are accepting the requirements in the documents.
Now is a good time to upload a full technical specification. Be as specific as possible about every detail of your project. If it’s not in the spec, you probably won’t see it done.
Detail all of the functionality of the system and it’s different parts.

I always break my development projects into milestones, with a percentage paid for each one. This helps you get working code early on and limits your losses greatly if something goes wrong. At each milestone, get the full source code completed so far, this makes it possible for another developer to pick up where they left off.
My final stage is usually “All functionality completed, fully tested and approved by me. Full source code provided and system fully working on production server”

Freelance websites are an excellent source of labour from across the world at reasonable rates.
However, don’t expect it to be easy. Using them effectively to get work of a reasonable standard requires you to put some effort in and properly manage your projects.
As with anything, there is a learning curve involved. The best thing is just to jump in, make those mistakes and learn from them. Just don’t lose too much money on those mistakes!

I am a freelance digital marking professional with over 15 years of experience building and marketing websites.